We had planned a quiet anniversary celebration, since the school board transformed what used to be a summer night into a school night a few years ago.

Our first anniversary was a trip with friends to Hawaii.

Our third was a walk to a park with our baby in a stroller.

Our fourth through seventeenth…well, who can recall the details? A few dinners, a few nights with sick children, a few vacations, a search through my mind’s records would likely reveal.

But our eighteenth anniversary will be remembered as the day we got our first puppies. Two.

Officially I have lost my mind.

After years of saying no, I felt ready for a dog. A single dog. We discussed this in May, decided to wait until the end of summer, when travels were done. And then today our friend brought over four puppies for us to choose from. 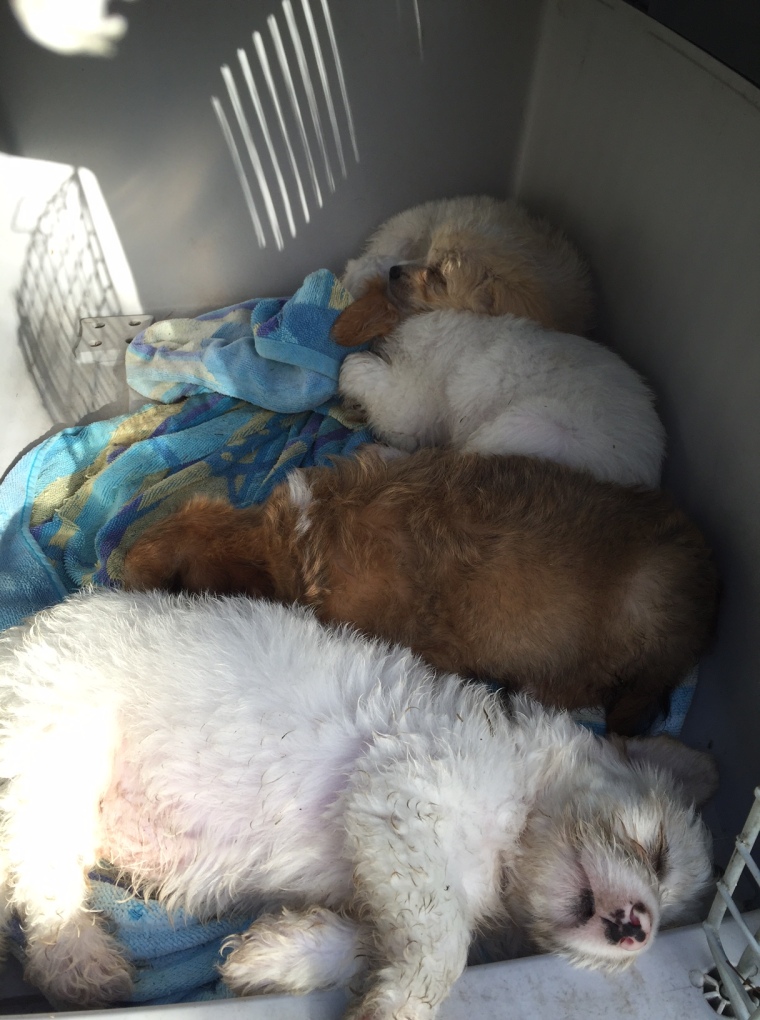 The cuteness was the problem. How to choose? Add to that so many voices– the friend giving them away, my mother-in-law, my sons, my nieces, even my husband — insisting that a single dog would be lonely without a companion.

When it was time for the woman with the puppies to go, pressure was applied. But it didn’t take that much. And now we have two dogs.

And so an 18th anniversary becomes trip to the pet store for supplies. Becomes friends coming over to see the new puppies. Becomes nieces coming back and back again to cradle the pups. Becomes an uncle coming to visit. Becomes my sons trying out names and playing with them and cleaning up after them, and feeding them and getting pillows for their bedtime crate. Become my incredulous parents popping by to wish us a happy anniversary. Becomes an impromptu barbeque, and opening a bottle of champagne and Martinelli’s cider, which had been cooling in the refrigerator since last year.

If ever there is a time to uncork some celebration, this is it. This is 18 years of marriage. Kids. Family. Friends. Blessings abounding. And, now, dogs.

This is life: Full and overflowing, throwing some caution to the wind, saying yes. 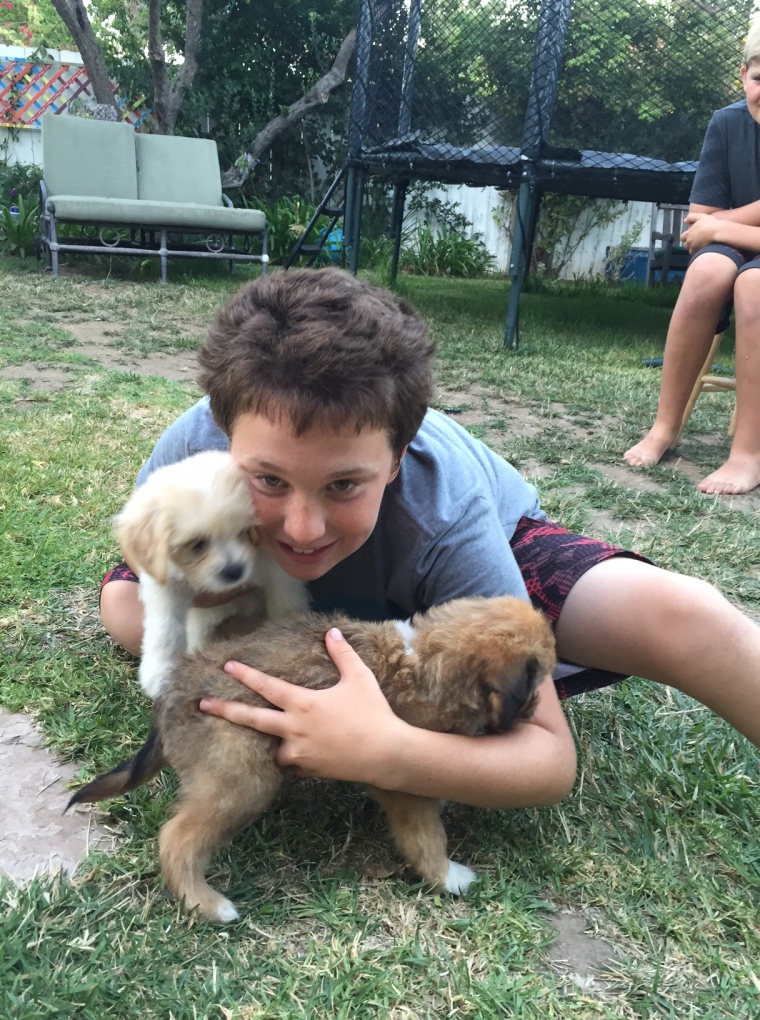