With Martin Luther King Day (a National Day of Service) on the near horizon, it’s fitting that I’m in the middle of re-reading The Lightning Thief with my son. 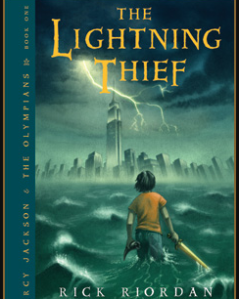 The book gets under my skin, asserting that  the Greek myths aren’t myths at all, but true and at work as we live and breathe — gods and monsters, alike. Earthquakes and thunderstorms are the result of gods at war, the entrance to the Underworld is near the Hollywood sign. (Cheap shot.)

The first time we read the book together, I fell so deeply into its world, that I came to suspect everyone. I wondered if the friendly waiter at Fritto Misto was really a monster in disguise. I strongly suspected that all the “super-humans” over the ages, from Marie Curie to Jackie Robinson to Sarah Chang, were demi-gods, like the book’s 12-year-old hero. What else could explain their legendary accomplishments?

On the one hand, it’s a healthy delusion: if they’re demi-gods, I have an excuse for not yet achieving any world-shaking accomplishments.

On the other hand, in the unlikely event that there are no demi-gods, that the book is pure fiction, that Martin Luther King and Einstein and Picasso and Tallchief, were mortals, I’m screwed.

I have no excuse. We’re all potential all-stars. Uh-oh. 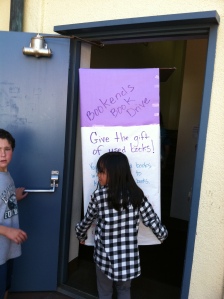 It’s daunting to realize you have no existential excuse for hanging in the background with a box of cookies and a good book. I, for one, am daunted every day. But the flip side to “daunted” is “inspired.” I might write myself a note and stick it on my wall: “If she could do it, so can I.”

Not knowing what your gift should be can induce a case of paralysis. Indecision is a tough flu to kick. It’s okay not to know. It’s okay to start somewhere. Just pick something.

Okay. On Monday, MLK Jr. Day, a school holiday to honor not just a man, but a movement for equality and justice, I’m going to do it. I will pick myself up off the couch, wrest my boys away from their new Kinect game, fight the forces of inertia that conspire to keep us all in pajamas, and we will do SOMETHING. Volunteer at a beach clean-up, or serve a meal and gather warm, clean clothes for homeless men and women on skid row, or even host a lemonade stand for a charity. Something. Because each of us has something to give, and the world still needs a lot of stuff done. And none of us has an excuse. Damn you, Percy Jackson! I knew you were too good to be true.