If you are among the people who this week may be craving a little extra reality-escape, I’m here to suggest: Read BOOKS! To that end, allow me to introduce you to family therapist and author Holly Brown, and her new psychological thriller, THIS IS NOT OVER. 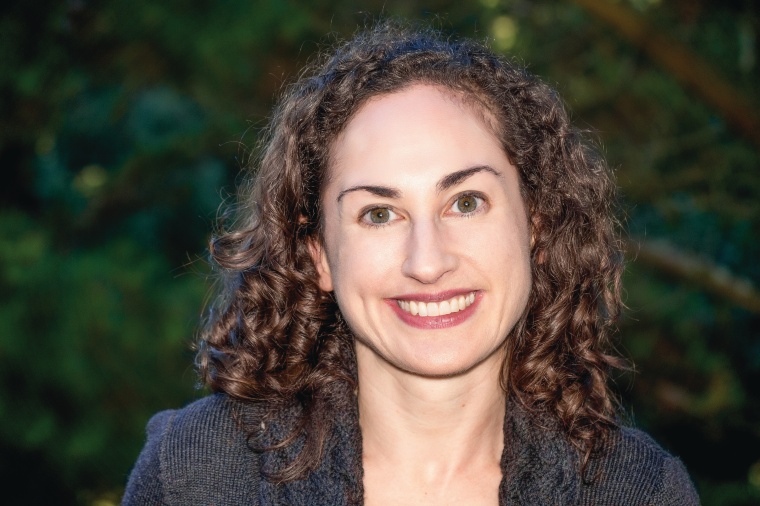 In high school, I wanted to be the next S.E. Hinton (no, I’m not dating myself at all here.) S.E. Hinton wrote “The Outsiders,” “That Was Then…This is Now,” and other fantastic books that were all the rage when I was a teenager. She was a teenager herself when she was published, which made her my idol. So when I was about fifteen, I finished writing my first novel. My family lived in Philadelphia, and there was one literary agent that we found in the Yellow Pages. My father drove me to the agent’s office so I could deliver my manuscript personally. Now, barring the fact that this is not at all how submitting to agents works and that I was summarily rejected and that I didn’t get published for many more years, what I love about the story is that my parents never doubted that talent and drive could make things happen. They never doubted that MY talent and drive could make things happen. So I carry that confidence and determination into my writing, and my life. And I want to bring it to my daughter’s life, too.

This is the least sexy answer ever, but I love to write from my bed. It’s just so cozy. Sometimes I have the TV on, which is something you would never encourage your kids to do at a time of concentration, but it’s kind of like having a party going on nearby. For some reason, that works for me. And I think it’s important that every writer just finds a system that works for them and embraces it, fully.

Stay curious. It’s critical to me as a writer, and as a therapist, and as a human being. It’s dangerous to feel like you know everything. And it’s boring.

Sue Johnson, who developed emotionally focused therapy. It’s informed by attachment theory, which says that the emotional bonds we have with our loved ones are vital, starting with our parents. But it doesn’t stop there, and even if you didn’t get what you needed as a child, you can still get it later in life; you just have to work a little harder. Sue Johnson helps couples learn to love well, to become emotionally secure and able to truly depend on one another, and her teachings have made me a much better therapist.

I feel passionately about an informed electorate, and about the necessity for independent investigative journalism. Investigative journalism is on the decline at a time when we need it most in order to keep elected officials and corporations accountable. ProPublica is an amazing non-profit dedicated to finding, researching, and telling stories that advance the public interest. They’re funded almost entirely through donations: https://www.propublica.org/

For more about Holly:

P.S. If you are lucky enough to be in the San Francisco/Oakland Bay Area on Tuesday, January 17, at 7pm, you can meet Holly for her launch party at Books Inc. Alameda (a hop, skip and jump from the Oakland Airport), one of my favorite bookstores.

I thought I’d share some “behind the scenes” of how my debut novel, Shelter Us, evolved from first draft to final form. Today’s tidbit: Torah study.

What’s that? You heard me.

After I had completed the first draft and was working sloooowly on revising, I began attending Torah study with Rabbi Amy Bernstein, at Kehillat Israel Reconstructionist Congregation, a progressive and all-around awesome place. (Her podcasts are here.)

Every week in Torah study we read and dissected ancient stories, and found connections to modern human foibles, habits, and yearnings — both personal and universal. What surprised me about Torah study, and what kept me coming back, was twofold: how relevant it was — how much I learned from it as a parent, a friend, a citizen. And how completely beautiful its purpose — to inspire humans toward becoming our best selves, all the while recognizing hey, we’re only human.

So nuts and bolts, how did this affect Shelter Us? Well, the first draft already had Sarah meeting and reaching out to Josie, a young homeless mother. (Obviously, my good Jewish Tikkun Olam training had already seeped into the plot.) But I went back and deepened Sarah’s motivation for doing that, deciding to make her late mother a Jewish convert, someone who often modeled the most important Jewish value: Remember we were strangers; welcome and take care of the stranger.

There more I think about it, the more Jewish values I find infused in Shelter Us, from its title, to the idea of passing values from one generation to the next, to the role of ritual, and even to the biggie: beliefs about God. And the more questions there are to explore.