We interrupt this week of Grandma Power to get down and dirty with some real Confessions of Motherhood. Well, it’s scripted, but based on reality, the new web show, “Benchwarmers,” co-starring my friend Katie Goodman, from Broad Comedy.

Its premise: Ever wonder what those women on the park bench are talking about as their kids play in the sandbox? Lots and lots of sex. 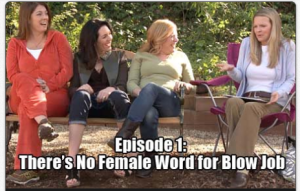 I must have raised my kids at the wrong park.

When they were babies, I was one of those parents hovering in the sandbox, damaging their psyches (another blog for another day).

Now I’ve graduated to the bench, while one child plays basketball or baseball, the other plays tag or caveman. I sit with a book, or sometimes get conscripted into the game of tag if there’s no one better to play with. But so far nothing comes close to Benchwarmers.

May is a big month for we thespians who make up the Diamond-Heisen parental team.

Christopher is reprising of the role of Nathan Detroit in Guys and Dolls (the first time was in the 10th grade; this time is at Kehillat Israel in Pacific Palisades. Maybe it should be called “Goys and Dolls”?) He’s so shy in front of an audience, and a camera, and a microphone, it’s a wonder we could get him back on stage. 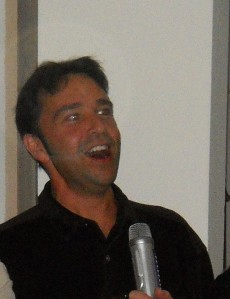 As for me, I get to join twelve other women performing original monologues (that’s really hifalutin talk for telling stories) in Expressing Motherhood. 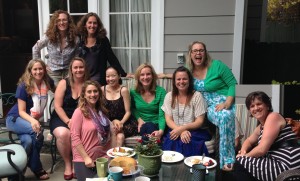 It opens this Friday, which may be responsible in part for the pit in my stomach.

I’m taking a quick break from memorizing my story and figuring out the “who-picks-everyone-up-after-school” schedule to boast about the two women who are the brains and hearts behind Expressing Motherhood, Jessica Cribbs and Lindsay Kavet.

In her return to The Today Show, Maria Shriver interviewed them (in Lindsay’s backyard) about the Expressing Motherhood show, the creative impulses that led to its development, and what it means about modern motherhood.  Maria could write a few stories herself.

No word yet on when the piece will air on The Today Show, but I’ll keep you posted. In the meantime, wish me and Christopher luck! 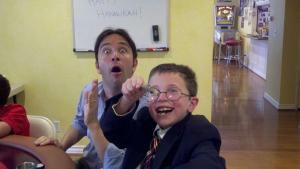